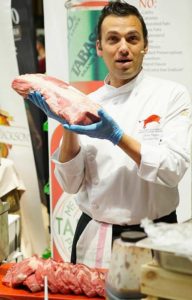 Introducing U.S. beef in a country where it is not well-known, the U.S. Meat Export Federation (USMEF), sub-contractor to the beef checkoff, partnered with the USDA Foreign Agricultural Service (FAS) at the Taste Ambassadors exhibition, an event for HRI professionals in Bucharest, Romania. USMEF joined other agricultural organizations in showcasing U.S. products, presenting new culinary ideas and meeting with Romania’s HRI distributors and their clients.

U.S. beef also received exclusive attention at a special culinary demonstration and tasting featuring U.S. ribeye. The presentation was conducted by Stefan Popescu, executive chef of Pullman Bucharest Hotel and one of the most well-respected chefs in Romania.

“Chef Stefan has done a fantastic job of promoting U.S. beef, and he was able to demonstrate the high quality and consistency of the product, along with its advantages over the competition in consistency, juiciness and flavor,” said USMEF Representative Yuri Barutkin.

A crowd of Romanian HRI professionals and food media gathers around the U.S. booth to watch Popescu cook U.S. beef

Barutkin noted that although U.S. beef is present in select Romanian restaurants, there are still large gaps in understanding the product and U.S. beef’s advantages are not widely known in Romania. 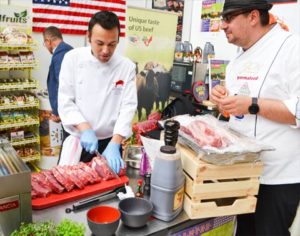 “The goal of USMEF in this kind of market is to educate the HRI audience about U.S. beef, ensure that buyers and traders are aware of the supply of U.S. beef that is available and to introduce beef alternative cuts,” said Barutkin. “In Romania, as is the case with many countries in eastern and central Europe where disposable incomes are rather tight, alternative cuts of U.S. beef present good opportunities for some budget-conscious consumers and allow many more restaurants to feature U.S. marbled beef on their menus.”

USMEF will follow up on this small project with an educational masterclass for a Romanian HRI audience later in the year.

The Taste Ambassador event followed USMEF’s participation in a U.S. beef promotion earlier this spring at a steakhouse inside the Marriott Hotel in Bucharest.

“In recent years, this steakhouse has been holding special events for beef from different origins – for example, Australia, Canada, Ireland, Argentina and Japan,” explained Barutkin.

USMEF presented information on U.S. beef and its advantages over the competition, with Chef Nicolae Lica preparing a dinner featuring a range of U.S. beef cuts. 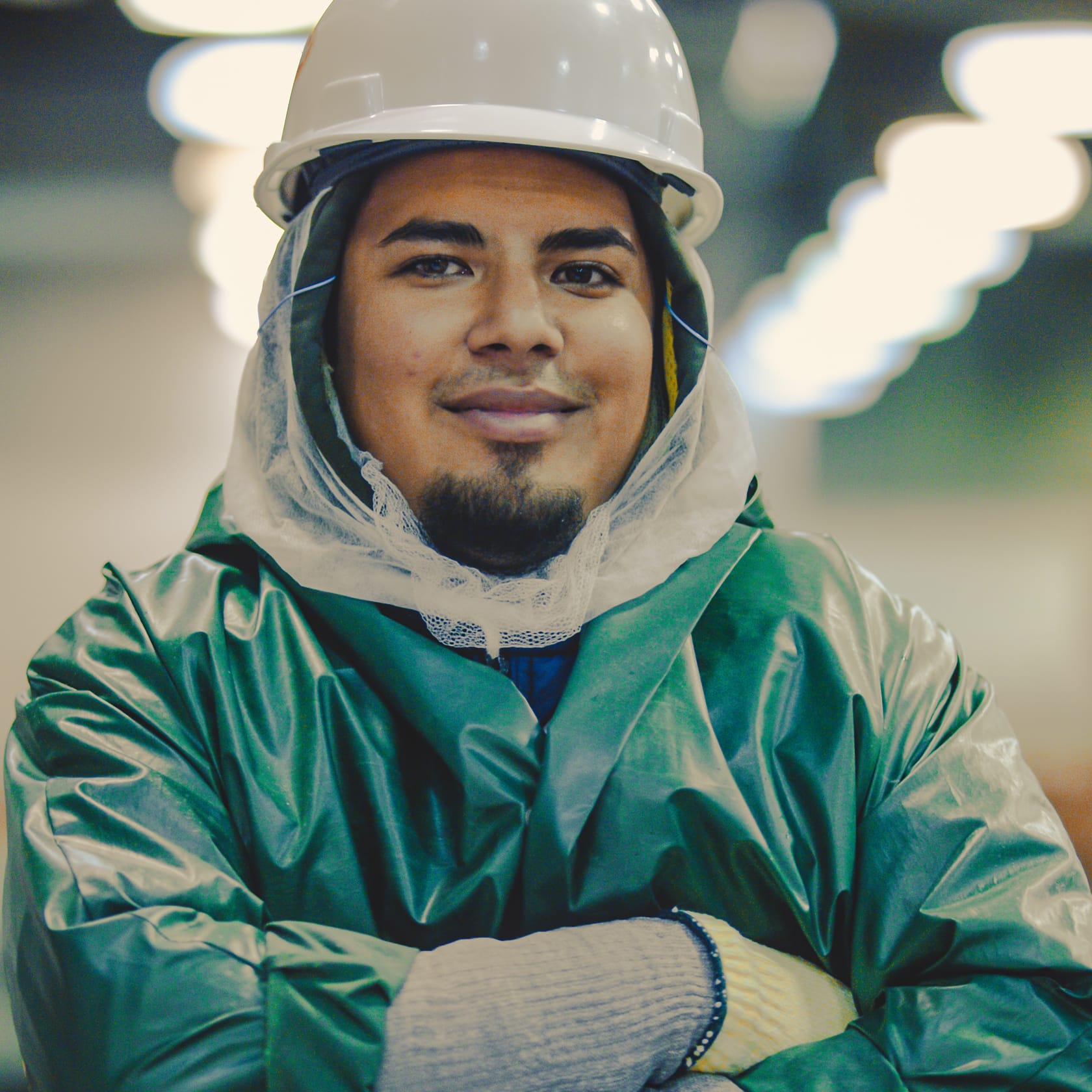 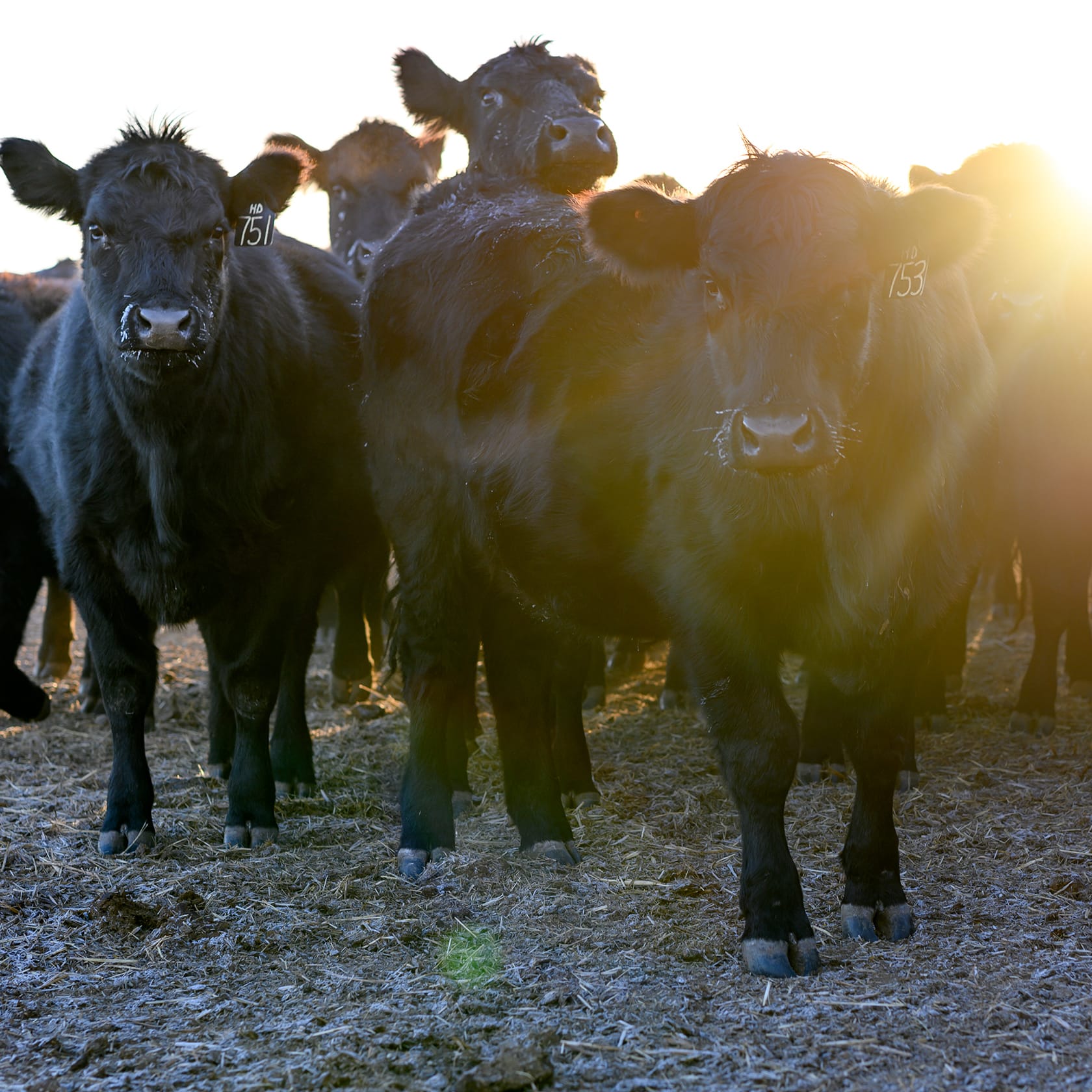