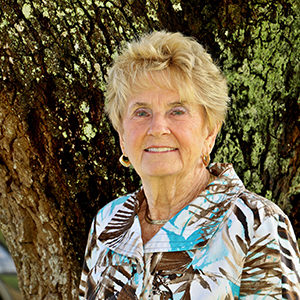 Sarah has two children ShareenLynn and JohnTravis Childs. She has lived in Lake Placid since 1970. Buck Island Ranch worked from 1973-1994 and was Assistant Ranch Manager 1987-1994. Sponsored many field days/ranch tours and demonstrations for public and agricultural organizations in cooperation with Publix and Purina Mills. Lykes Bros. Inc. working as Environmental/Safety Coordinator 1994-2015. Worked as chemical and fertilizer salesman 2000-03 and was member of the Florida Fertilizer Association. Lykes Bros. Inc. founding member of Agriculture Safety Association started by Lykes 2007-2015. She has worked in the cattle industry since 1971. Her family managed and was in business with John D. MacArthur at Buck Island Ranch, Lake Placid, Florida. She was assistant manager from 1987 to 1994. They had a 10,300-acre cow-calf operation running 2,300 brood cows, 160 acres of citrus and several side plant businesses. After 25 years I left the ranch and started my career with Lykes Bros. Inc. as Environmental and Safety Coordinator for the next 21 years retiring in 2015. Being retired she now has even more time to devote to her beloved beef industry.