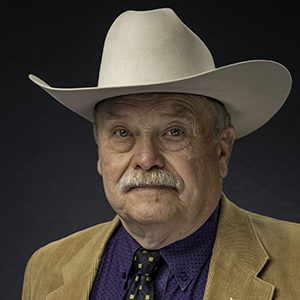 Bob was nominated to the Cattlemen's Beef Board by the Wisconsin Cattlemen's Association and the Wisconsin Farm Bureau and was appointed by the U.S. Secretary of Agriculture to begin his first term on the Board in 2016. He and his wife, Rhonda — with their sons Matt, Bart and Scott and their families — own and operate Spring Creeks Cattle Co., running more than 500 Registered Limousin, Lim-Flex, and Angus cows on a diversified livestock and grain farm in southwest Wisconsin -- near where the Mississippi River merges with the Wisconsin River. Bob has served four terms on the North American Limousin Foundation Board of Directors, including two years as its president. In addition, Spring Creeks is a member of the American Angus Association, National Cattlemen's Beef Association and other regional and state cattle organizations. In 2010, Spring Creeks was a nominee for the Beef Improvement Federation Seedstock Producer of the Year.