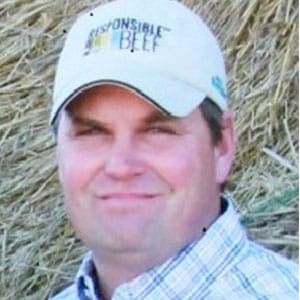 Eric was nominated to the Beef Board by the South Dakota Farmers Union and South Dakota Stock Growers and was appointed by the U.S. Secretary of Agriculture to begin his first term in 2016. He is a native of Frederick, South Dakota, where he farms and ranches with his father and four brothers. He graduated from Frederick High School and attended Lake Area Technical Institute in Watertown, S.D. Eric is a member of South Dakota Farmers Union. He and his wife, Stacey, have five children -- Hailey, Jonathan, Hannah, Jakob and Madelyne.