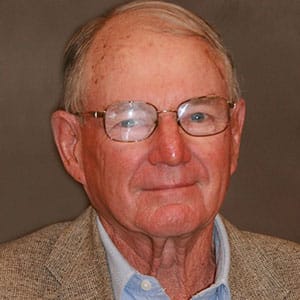 Don Smith and his wife, Marilyn, are beef and dairy producers in Hopkins County, Texas. He has been a member of Farm Bureau since 1953, when his father helped organize the Cottle County Farm Bureau. Don graduated from Texas Tech University in 1967, with a Bachelor of Science degree in agriculture. In October 2005, the Texas Farm Bureau appointed him to the Texas Beef Council, where he served on the Beef Quality Committee. Don has been active in beef and dairy organizations for decades, having served on the Federation of State Beef Council's Board of Directors; the Texas Farm Bureau, including two years as vice president; as president and secretary-treasurer of the Hopkins County Farm Bureau; on the Texas Farm Bureau’s Resolutions, Environmental Concerns, Blue Ribbon Goals, Rural Health, Labor, Natural Resources and Farm Bill Study committees. In addition, Don served on the Southern Farm Bureau Life Insurance Company board of directors and the Southern Farm Bureau Casualty Insurance Company board of directors, as well as the Executive Committee of the Casualty Company. Don was named to the Governor’s Task Force on Agricultural Development in 1988, and served on the Texas A&M Congressional Internship Selection Committee from 1992 through 1995. He is a past director of the Texas Association of Dairymen and served as president for three years, in addition to serving as a director of the Southwest Dairy Museum. In 1972 and again in 2002, Don received the Hopkins County “Agriculturalist of the Year” award from the chamber of commerce. He also was Hopkins County Extension Service’s Outstanding Beef Producer in 1995, Outstanding Dairy Producer in 1998 and served as a Parade Marshal for the Hopkins County Dairy Festival in 2004. Don and Marilyn are members of First Baptist Church in Sulphur Springs, where they are active in Sunday School and Don serves as a deacon.