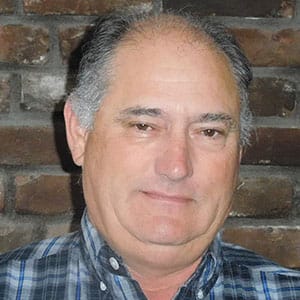 Rocky was nominated to the Cattlemen's Beef Board by the Dairy Farmers of America and appointed by the U.S. Secretary of Agriculture to begin his first term on the Board in 2016. He is a third-generation dairy farmer and second-generation rice farmer. He and his cousin work together, milking 680 Holstein cows and maintaining 800 head of replacement heifers. Rocky has served on the Boards of Western United Dairymen; Dairy Farmers of America/Western Area; and Dairymen's Feed. He and his wife, Susan, have three daughters and an expanding group of grandchildren.