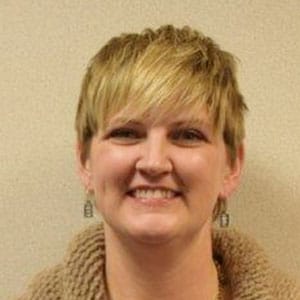 Stephanie was nominated to the Cattlemen's Beef Board by the Iowa Farm Bureau and appointed by the U.S. Secretary of Agriculture to begin her first term on the Board in 2016. Though she was not raised on a farm, Stephanie "married into" agriculture and has now been involved in dairy production on her husband, Paul's, family multi-generational farm for more than a decade. The farm includes about 300 cows, and the Dykshorns raise all of their own heifers, in addition to farming corn, soybeans and alfalfa. Stephanie is also a volunteer EMT. She also has volunteered service to a number of agricultural organizations, including service as president of the Sioux County Farm Bureau; as a Bovine Advisory Board member for the Iowa Farm Bureau; as a committee chairman for the Dairy Advisory Committee of the American Farm Bureau; as a member of Dairy Farmers of America and as co-chairman of its Young Cooperator group; and as a member and treasurer of the Sioux County Dairy Promotion.